Another leak, another hefty fine. Meta has been in news for many things in recent times but this news about the leakage of more than half a billion users’ phone numbers and other information is horrific! Become compliant now, avoid being fined, and worse, lose the trust of your clients!

The fine issued Monday by Ireland’s Data Protection Commission, Meta’s main privacy regulator in the European Union, is the latest indication of how authorities in the region are becoming more aggressive in applying the bloc’s privacy law to large technology companies.

Monday’s decision is the third time Ireland has fined Meta and its subsidiaries, including WhatsApp and Instagram, in a privacy case over the past 15 months, bringing the combined financial penalties to the equivalent of more than $900 million. The other cases relate to Instagram’s handling of children’s data and WhatsApp’s transparency about how it handles user information. Meta is appealing those decisions.

A Meta spokesman said the company will review Monday’s decision and hasn’t yet decided whether it intends to appeal. “Unauthorized data scraping is unacceptable and against our rules,” he said.

Monday’s fine stems from disclosures in the spring of 2021 that a hacker had published personal phone numbers and other profile information of more than 530 million Facebook users. In response, Meta said the information stemmed from mass “scraping” of public profiles that it said it had discovered and halted in 2019.

The company, at the time known as Facebook, said the data had been gathered by what it said were malicious actors who misused a Facebook tool called “Contact Importer” to upload a large volume of phone numbers to see which ones matched the service’s users. On Monday, the company reiterated that it had removed the ability to use phone numbers to scrape its services in this way in 2019.

In its action Monday, Ireland’s Data Protection Commission—which leads enforcement of the EU’s privacy law for Meta because the company has its regional headquarters in Dublin—said the company hadn’t taken sufficient technical and organizational steps to prevent such a leak. In addition to the fine, the regulator ordered Meta to change its systems to make such a leak less likely. For instance, default settings should be changed so a user’s personal information can’t potentially be shared with an unlimited number of people, the regulator said.

Meta says it has since made multiple changes to better safeguard users’ data.

The EU is tightening regulation of big tech companies. The bloc has passed, and is starting to apply, two new laws to big tech companies—one aimed at limiting potentially anticompetitive conduct, and another that requires them to show they have robust content-moderation systems.

Tech companies are currently in talks with the European Commission, the EU’s executive arm, to determine which provisions of each new law will apply to the specific services they operate, the companies and EU officials say. Elements of the new laws are due to start being enforced in the middle of next year.

The bloc’s privacy law, the General Data Protection Regulation, or GDPR, has been enforced for nearly five years but is only now generating a series of decisions with big fines or significant business implications.

Ireland’s privacy regulator says it has several dozen more ongoing cases involving multiple big tech companies. They include one looking at whether Meta can force users to accept ads targeting them based on their behavior as a condition of using the service, and another about whether some of the standard plumbing of digital-ad auctions complies with EU law.

SOCLY.io is an end-to-end solution for compliances like SOC 2, ISO27001, GDPR etc. It is trusted by some innovative tech startups to automate compliance with Zero Hassle & Zero Delay. Connect today to become business ready. 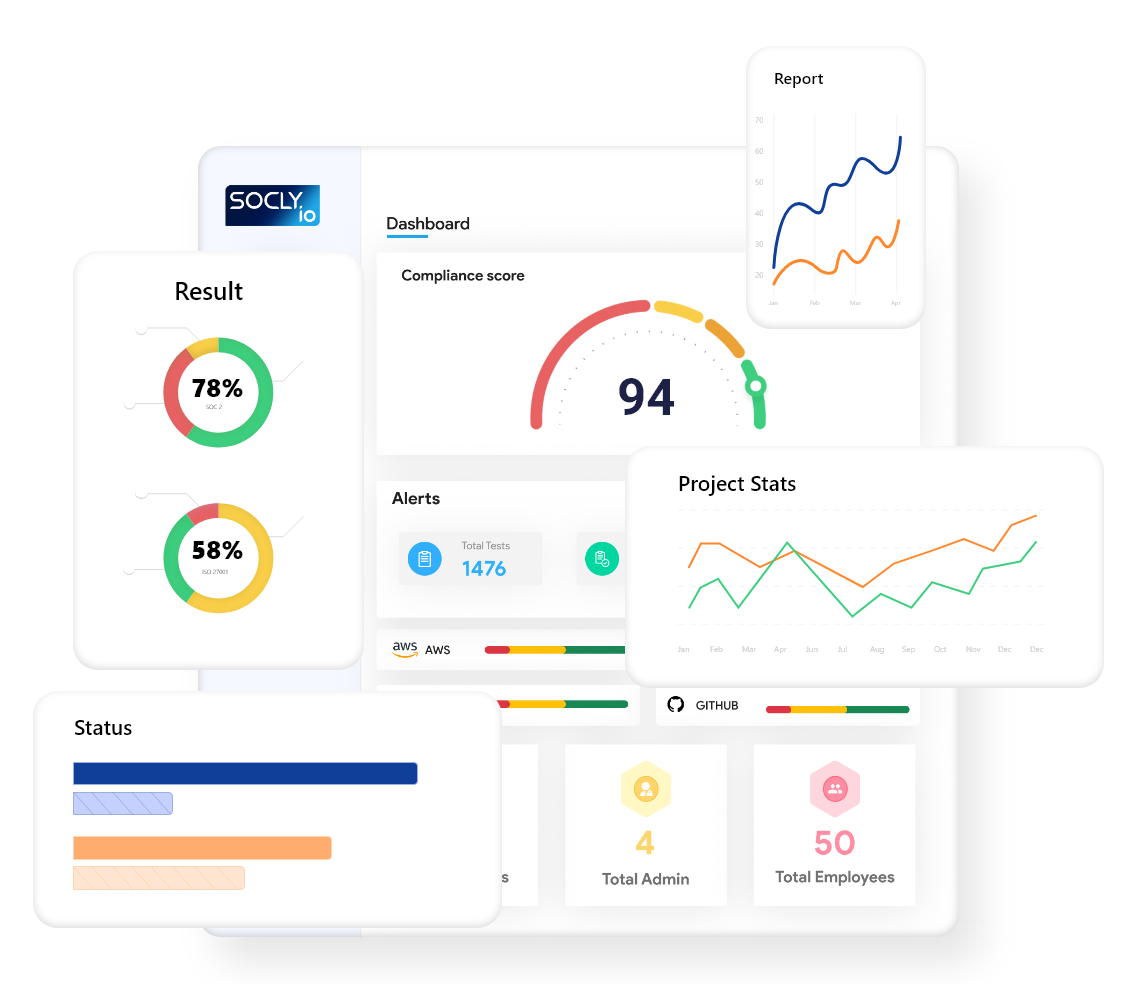 Last updated: 8 November 2022This privacy policy (“Policy”) explains how Socly Solutions Private Limited or any of its affiliates or subsidiaries (hereby collectively referred to as (“SOCLY.io”, “We”, “Us”, “Our”) Processes Personal Data collected from You. This Privacy policy applies to all the clients and employees of the organization.

Personal data collected by us

You directly provide Us with most of the data We collect. We collect Personal Data from You directly when You subscribe for any of Our Service(s) by agreeing to the Terms of Service, We collect sign-up and account information including Your name,phone number and e-mail address. We may also receive Your Personal Data indirectly as follows:From third party sources like marketing lists, databases and social media but only where We have checked that these third parties either have Your consent or are otherwise legally permitted or required to disclose Your Personal Data to Us.

Purposes for which personal data will be processed

We Process Your Personal Data to:

Purposes for which personal data will be processed

We Process Your Personal Data to:

We retain personal information till such time your company has subscribed to our services.

You are entitled to the following rights:

You may contact us if You have any inquiries or feedback on Our personal data protection policies and procedures, or if You wish to make any request, in the following manner: Kind Attention: Privacy Team Email Address: hello@socly.io or You can use the Contact us section in our portal
Save settings
Cookies settings
Get started with SOCLY.io
Automate your compliance